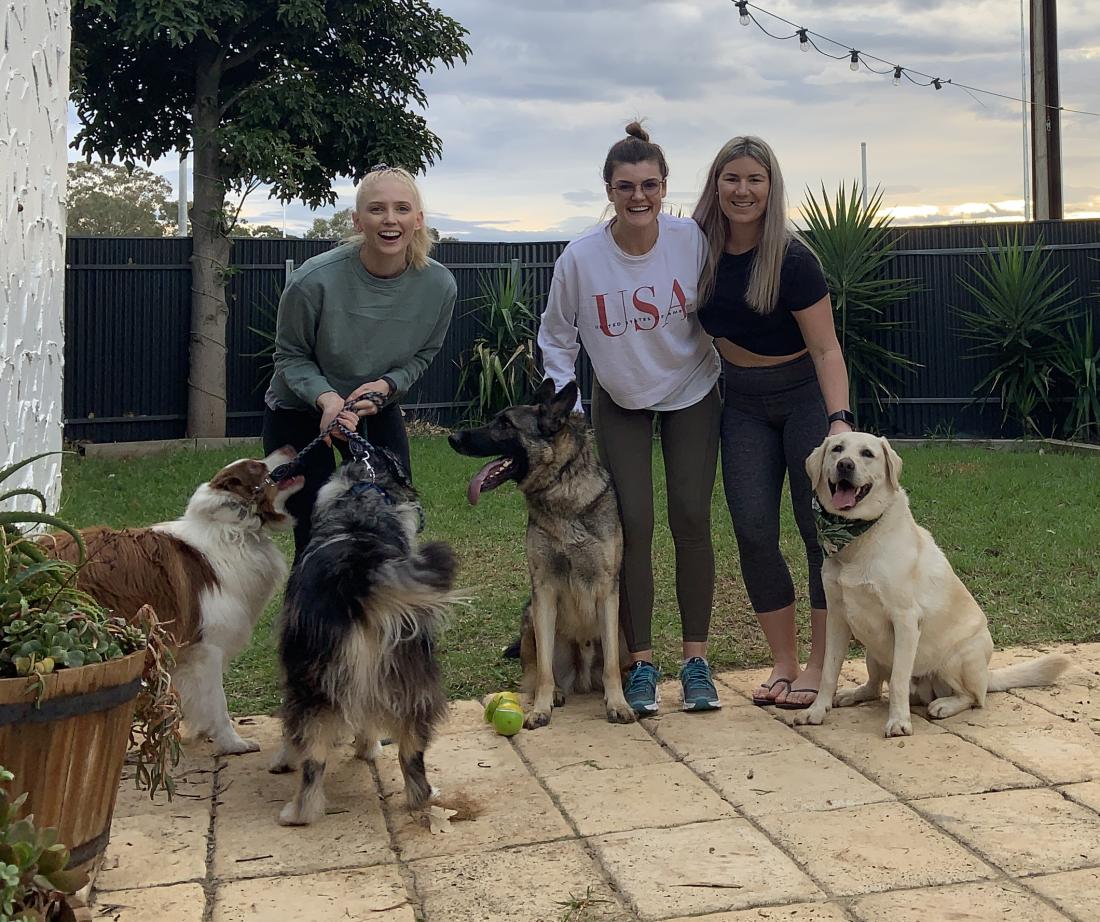 Runaway Noosa Marathon (25 May) is bracing itself for a South Australian invasion, when Adelaide’s Jourden Jones and more than 30 of her fellow runners, family and friends are set to arrive for a weekend of running and the best hospitality the Sunshine Coast has to offer.

Jourden said the catalyst for the weekend away was the long awaited return of a friend’s to Australia, who had signed up for Runaway Noosa Marathon. It ended up snowballing into a mass exodus and some serious FOMO, with everyone jumping on board to join in the party.

“One of our friends has been living overseas for a few years, in Fiji and recently in Rome. She has come over for her mum’s 60th and is in Queensland and she pitched the idea of a girl’s trip to us. She said, ‘Who is keen?’ Our response was ‘We are.’ She said, ‘I am going to run in the marathon at Noosa’ and we said ‘Excellent, we are going to run too’.

“So, there are eight of us (Bridget Slaven, Jemma Pietrus, Tayla Smith, Kendell McCloud, Ellie Harmer, Hayley Openshaw and Katrena Roberts) going up. My sister Katrena has been doing a bit of running, so I asked her if she wanted to come and do the run with me. She is in and it is her 40th birthday on the race day. So, she’s got some of her friends coming up and the parents and other siblings coming up. Friend’s parents are joining us too, so it is going to be a good time. The boyfriends and hubbies are not invited, they are nowhere to be seen.”

“My sister has booked dinner for about 25 and I need to add in the girls, so it is another eight making just over thirty people. We are all from a surf lifesaving background and heavily involved in that at Brighton SLC in Adelaide.  We will be at the Noosa Surf Club on the Saturday night if anyone wants to catch up or avoid us. It looks like we are taking over the event …sorry Noosa,” she apologised with a laugh.

While running is relatively new to Jourden she has been an active surf lifesaver, played netball and participated in the odd boot camp and done pilates and yoga. She is tackling her first 10km race but her crew are competing in everything from the 5km right through to the half marathon.

“I started working at a Physio clinic and I am in an environment that puts exercise as a priority. I am really friendly with one of the girls and she runs a lot, so we have been doing park runs in Adelaide in the lead up and she has been helping me out with everything. I am really enjoying it and I am finally getting to the point where it is nice and I am starting to feel good and I don’t need to stop. If I make to the other end, I will be happy. I won’t be the fastest and I hope I won’t be the slowest.”

“I have never done a race and I literally only got to 10km in my training the other week. A couple of the other girls have done the City to Bay in Adelaide and the Clare Marathon and a few others in the past year, so they will be right to do the full marathon. There are couple of the girls who are doing the 5km who haven’t run that far before in a massive group setting. There is a bit of something for everyone really and I am hoping some of us will be back at the finish in time to cheer the others home.”

“From here maybe I can go on to something else like the City to Bay which is 12km and then something longer. This gives me the excuse to go running anywhere in the world. I was just talking to someone about the New York Marathon, so something like that would be cool,” she said.

“I am really looking forward to returning to Noosa because I haven’t been there for years. Now my family has crashed my holiday, which is good. I am hoping we have a lot spectators hanging over the fence but mum tells me she is going to the Eumundi market. So maybe I have been ditched already,” he said.