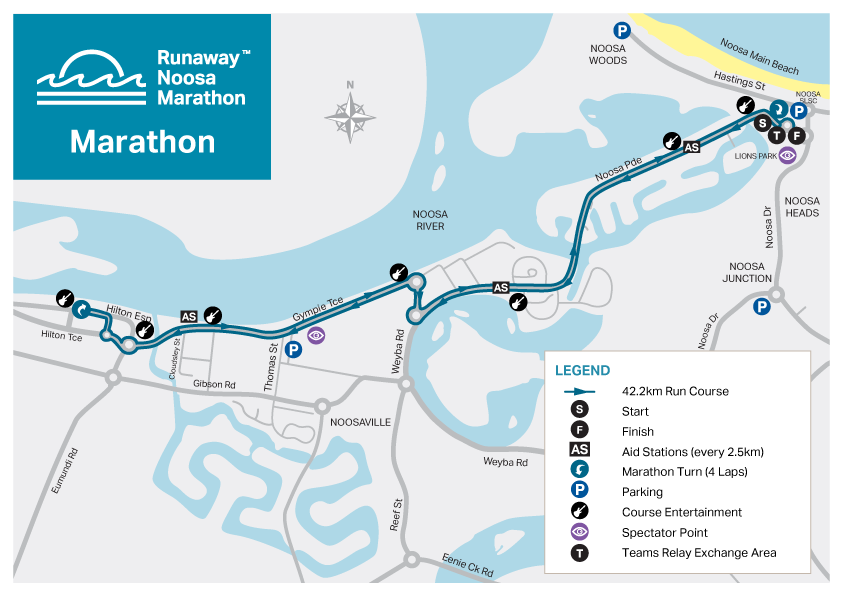 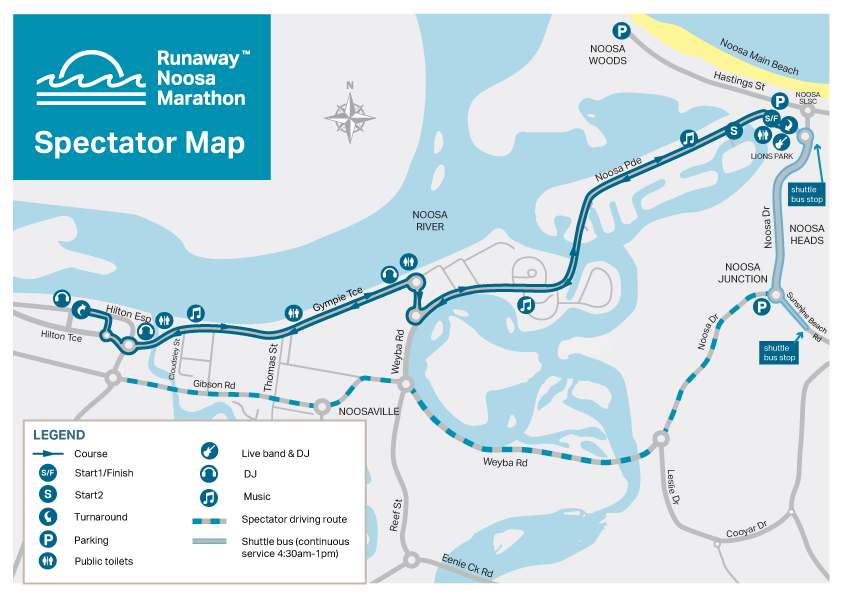 A flat, fast and friendly multi-lap course set in the heart of Noosa township, it’s easy to find your happy running place right here. Enjoy running through the streets of Noosa across scenic bridges, past the canals, down to the riverbanks at Gympie Terrace and into Noosa Parade for the finish.

This is a unique 4 lap course so your supporters will have plenty of opportunity to watch you strut your stuff as you enjoy an awesome running atmosphere, with live music to keep you entertained on your run!

Full road closures will be in place along the course to ensure an enjoyable running experience. It’s a flat and fast circuit over an asphalt surface, with plenty of water and electrolyte stops along the route spaced approximately 2.5 kilometres apart.

* Course and start times are subject to change 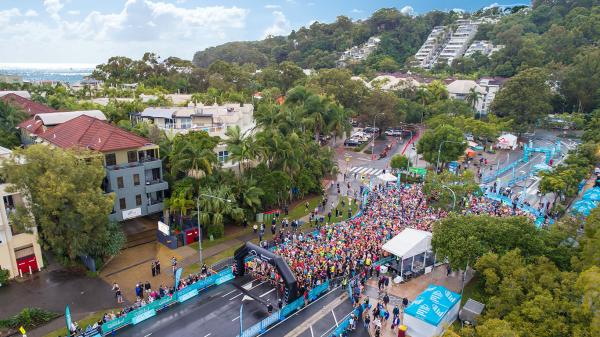 The Marathon Course starts on Noosa Parade, Noosa Heads. Participants will head down Noosa Parade before crossing through the Garth Prowd Bridge and the Munna Point Bridge, experiencing amazing views of Weyba Creek and the Noosa River, from here competitors will take a right hand turn on to Weyba Road and a left hand turn on to Gympye Terrace. Once on Gympie Terrace athletes will follow the edge of the River for about 1.5km before crossing the James Duke Bridge in to Noosaville. Runners will then veer right in to Hilton Terrace before turning right in to Hilton Esplanade and follow this road for about 300m before reaching the western turnaround. From here runners will follow the same course back towards Noosa Heads reaching the eastern turn of the course, located in front of the Festival Village at the Noosa Lions Park. Runners will cover 4 laps of this course before entering the finish line stretch on Noosa Parade.

* Course and start times are subject to change

Runaway Noosa Marathon has been named as one of 50 events across the globe providing age group athletes the opportunity to qualify for the AbbottWMM Wanda Age Group World Championships, being held as part of the Virgin Money London Marathon in 2020.

The Abbott WMM Wanda Age Group World Rankings launched on 16 September gives Runaway Noosa Marathon competitors aged 40 plus the opportunity to represent their countries with pride and passion by earning a place at the start line of the prestigious and much sort after 2020 Virgin Money London Marathon.

Twenty-three Wanda/IRONMAN-produced marathon events will be part of the AbbottWMM Wanda Age Group World Rankings for the 2018/2019 season.

This includes the Rock ‘n Roll marathons in Madrid, Liverpool and multiple cities across the United States, the Standard Chartered Singapore Marathon and the Chengdu Panda Marathon. Other marathons in the series include geographical representation from around the world, such as Helsinki, Moscow, Amsterdam, Mumbai, Los Angeles, Toronto, Mexico City and many more!

For more information on the scoring system and world rankings, visit www.Abbottwmm.com 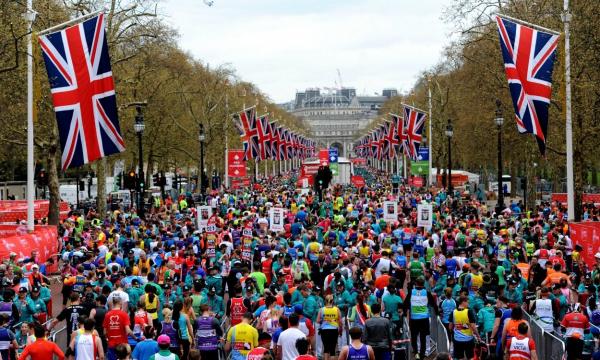